After discovering an entire community of female gamers on Youtube playing The Sims 4 and creating these elaborate story arcs and characters, I was enthralled! Before I knew it, I had downloaded the Base Game and began figuring out the game play. At first, I was a little overwhelmed by all of the options and opportunities to customize your character and house, so if you’re starting from scratch, I definitely recommend the tutorial!

Once you get the hang of the game play, it becomes a challenge to see how you can guide your Sims (Simulated Humans) through their lives, making choices about the job they choose, the person they marry, and any children they have.  It’s a fascinating peek into the character creation process that so many writers sort through in their heads. Being able to bring your characters “to life” in the Sims is exciting! Warning:  You may get attached to your characters!

Describing this game briefly is tricky, so I thought I’d share it via video on Youtube! I’m exploring the game and weaving tales of intrigue, heartbreak, and love through two families in a “Let’s Play” series on my channel.  Here’s a fairly quick introduction to my families:

I hope you will join me in a fun series of videos following these two families and developing these characters along the way! 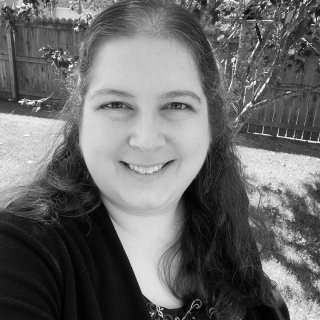 Wife, mother of 5 amazing kids, author, educator, literature enthusiast, and butterfly loving crafter of creative things. This is my path and...it is a fantastically scenic route.

I really love patterned papers that are so lovely, you can’t bear to cut into them! I decided to use this one as my background so I didn’t have to! Such a stunning collection from @cocoa_vanilla_studio 🎥 up on youtube!
Such a fun set of photos! I had to match the bubbly energy and pure joy with this layout! No pattern paper, just stamps and ink! So much fun! 🎥 up on YouTube
Come and join us for an @acherryontop_crafts June Blog Hop! Find inspiration for using your stamps and comment on each of the four blogs to be entered for a chance to win a $10 ACOT gift card! Starting at https://www.takingascenicroute.com
This photo is one of my favorites from my wedding, my sweet Matron of Honor and dear friend Angie was such a wonderful part of the experience! Scrapping along with the Cherry Crafters’ Facebook Group’ sketch challenge featuring a @pagemaps sketch! 🎥 up on Youtube!